Sir Mo Farah has been awarded the BBC Sports Personality of the Year award for the first time.

Anthony Joshua was the firm favourite to win the coveted prize, however, the four-time Olympic gold medallist went on to win the famous award for the first time.

Liverpool legend, Kenny Dalglish made the big announcement, which shocked many in Liverpool’s Echo Arena and perhaps most of all Mo Farah. The long-distance star was not at the ceremony because one of his children is ill, so appeared by video feed.

“I didn’t see that coming. I honestly thought I wasn’t going to win it,” he told BBC Radio 5 Live.

“We have such amazing sports in the UK with people doing great Lewis Hamilton, Jonnie Peacock and Anthony Joshua.

“I thought my closest would be after London 2012. I guess anything can happen.

“It means a lot to win this. I am very surprised to win tonight and I’m just sorry I can’t be there to celebrate.”

Famous names from the world of sport and politics paid tribute to Farah with Lewis Hamilton tweeting: “Congrats to my bro @Mo_Farah for winning BBC’s SPOTY tonight! Well deserved and a true legend of the sport!” 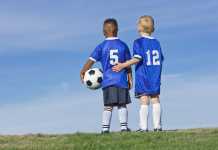 Full summer of international cricket in 2021 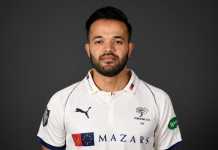