With Bradford up and on the rise, this past weekend consisted of a number of events for all the community to get involved in which included Christmas Lights Switch On, Diwali Celebrations and much more!

The beginning of the Centre’s festive Christmas season kicked off at midday with performances by the City of Bradford Brass Band followed by Pulse 1 Festive Pitch Battle which features six local schools choirs fight it out and sing-off for first place. Winners Dixon Music Primary School took the crown and the £1000 cash price.

Huge crowds gathered as the X Factor Singer Rebecca Ferguson performed along with LMA Choir, Thomas Lillywhite and former Love Island Star Wes Nelson also made an entrance with a meet and greet.

The action –packed free event is part of a Christmas campaign by the Broadway called Sparkling Bradford, which will see a number of events taking place throughout Christmas for the people of Bradford.

Ian Ward General Manager at The Broadway told Asian Sunday: “Sparkling Bradford is a concept between the Broadway, Bradford Council, Bradford University and a number of other partners.  It is not just about the City Centre; it is about taking all those suburb areas and showing off Bradford as its best. Today is a big challenge, I openly admit that”.

The Christmas Light Switch on at 18.00 displayed a countdown by the crowd and showed a number of sparkling lights all around The Broadway and outside in the City Centre.

The Broadway opened its doors in 2015, with new retailers and The Light Cinema being recently introduced, gave Bradford a strong push of reaching towards of being a leisure destination.

“While there was a hole in the ground for a number of years in Bradford with the Broadway not being here, a lot of people’s perceptions changed and their shopping habits changed. People started to shop in Leeds because they believed that there was nothing in Bradford. We’ve changed that. We have to deliver reasons for families to come and stay over so they can visit things like the Alhambra, the Broadway, St George’s Hall”, Ian said.

Not far from the location of Broadway, The Hindu Cultural Society had their own celebrations for Diwali.

The festival, which coincides with Hindu New Year, celebrated the idea of new beginnings and the triumph of good over evil and light over darkness.

Hundreds of people gathered at the Temple from all over the country which saw famous Bhajan singer Shri Lalit Dixit, all the way from India, perform Kirtans (songs) for the crowd. Children also enjoyed taking part by traditional dancing and singing. Councillor Susan Hinchcliffe also attended to give support the festival.

In Bradford, our Hindu Cultural Society Temple is one of the oldest places of Hindu worship in West Yorkshire.

Kamal Sharma, Chairman of the Hindu Temple told us: “Diwali is the most important festival in the Hindu Calendar. For the last ten years, more devotees are coming from West Yorkshire and some people come all the way from Lancashire, Sheffield everywhere.

“Bradford is a multi cultural city. I found that we enjoy a good relationship with all religions because there is a mutual respect. We attend their festivals and they attend ours because it makes Bradford a great place to live and we can enjoy each other’s company”.

The celebration ended food and drinks with a dazzling display of fireworks at 20:00, watched over by the crowds at the Temple.

Remembrance Day was commenced on Sunday the 11th November at the Bradford Cathedral where the whole world fell silent at 11.00am. The Bradford district paid its respect to the soldiers who lost their lives or were injured during the Great War.

The Lord Mayor of Bradford, Coun Zafar Ali, said: “I’m proud to be representing Bradford for this year’s remembrance, 100 years on from the end of the First World War.

“Bradford itself paid a heavy cost during the First World War and most of us know the tragic story of the Bradford Pals who suffered terrible losses in the first day of the Battle of the Somme. It is also vital that those who are currently serving in the armed forces remain in our thoughts.”

With the mixture of religious celebrations, and Remembrance Day, the wealth of faith in Bradford and its institutions really comes to light.

Naresh Sharma of the Hindu Society, said: “Religion is used as a method to divide humanity and we need to find ways to unify it. There are a lot more similarities in every religion than there are differences. We need to identify the similarities and promote them”.

The importance of community cohesion is at the forefront with Bradford being one of the most diverse cities in the United Kingdom and the past weekend was a great example of that. 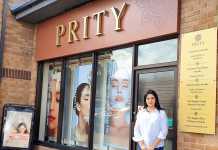 Bradford Beauty salon owner left distressed as Beauty home trade has boosted, while law abiding salons like hers are losing out. 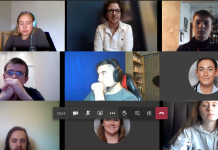 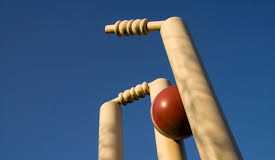