Home Arts Macbeth with a blend of Indian hungama

Macbeth is the first production from Black Theatre Live, a pioneering consortium of 8 regional theatres committed to increasing the amount of Black and Ethnic Minority theatre on the touring circuit.

Spun together with a blend of Indian music and movement, this brand new production from one of the UK’s leading cross-cultural theatre companies sees Shakespeare’s tragedy reimagined in a contemporary context, as a brew of treachery and ambition sets an Asian family on a road to destruction.

The production sees the engineers of Macbeth’s downfall depicted as three Hijras. A strand of Indian society little-known in the west, Hijras are a centuries-old “third gender” community (including transsexuals, transgender people, eunuchs and cross-dressers).

With over 35 years of experience, Tara Arts are established as one of the UK’s foremost creators of cross-cultural theatre. Their work, which consists of both new writing and reimagined classics, seeks to make imaginative connections across communities, to help foster a global sensibility from their own locality.  The company was founded in 1977 by Artistic Director Jatinder Verma, along with Sunil Saggar, Ovais Kadri, Praveen Bahl & Vijay Shaunak.

The cast currently confirmed for Macbeth includes Robert Mountford, previously seen in Tara Arts co-production with the National Theatre The Black Album. He has also performed for Tara in productions of The Merchant of Venice and The Tempest. Robert’s other credits include Much Ado About Nothing for the Royal Shakespeare Company and Silent Witness for the BBC. He will be joined by Shaheen Khan, whose credits include Rafta Rafta at the National Theatre and the film Bend it Like Beckham. 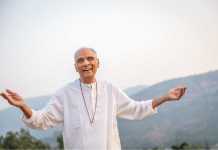 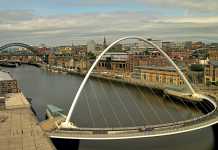