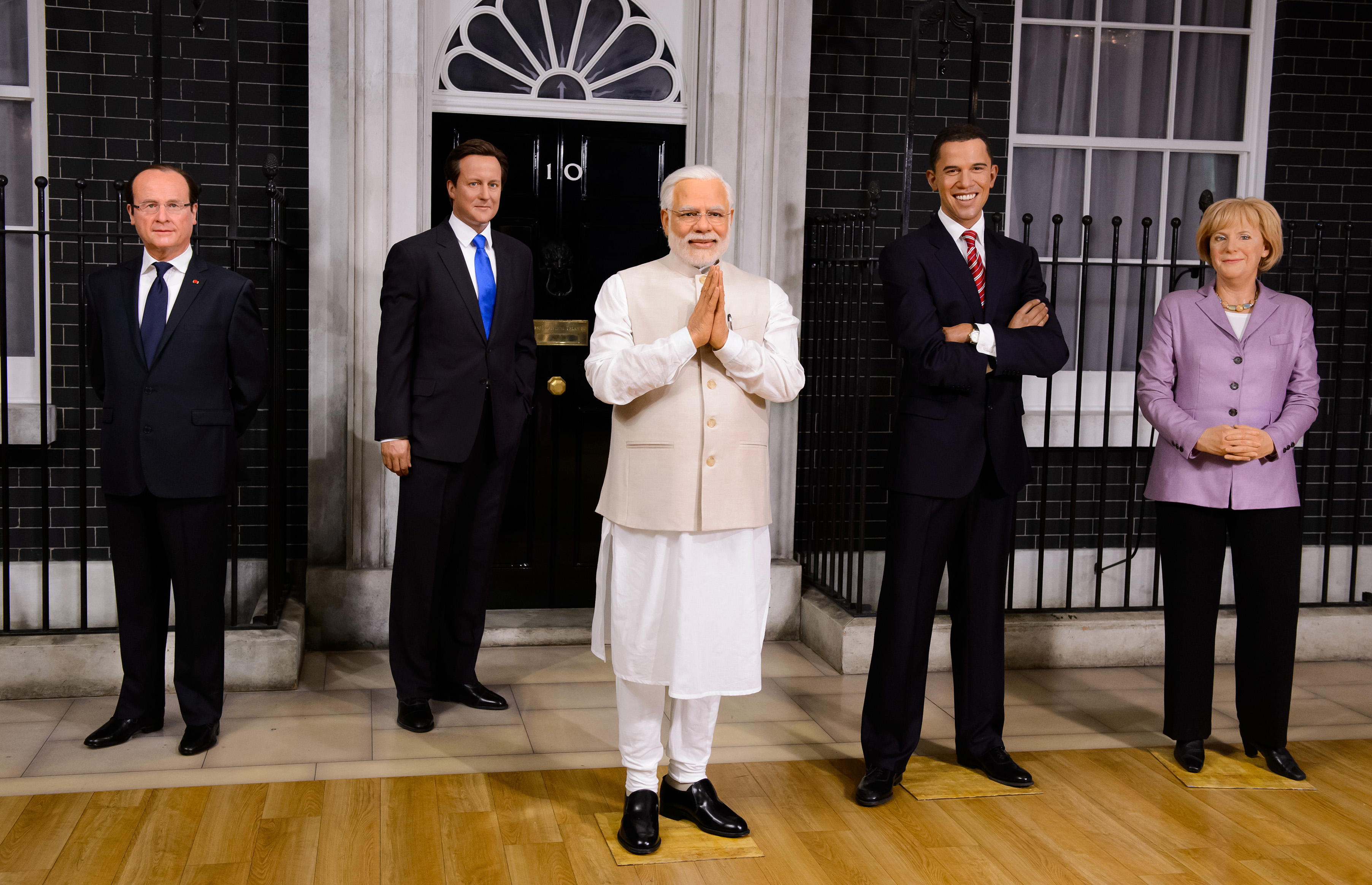 Indian Prime Minister, Narendra Modi, this morning took his place alongside other world leaders at Madame Tussauds London. His new wax figure today arrived at the Baker Street attraction fresh from Delhi, where Mr Modi had a private viewing with his likeness last week.

The figure is featured in the famous attraction’s popular World Leaders area alongside present day leaders Barack Obama, David Cameron, Angela Merkel and Francoise Holland, as well as political heavyweights of the past including Mahatma Gandhi and Winston Churchill.

Mr Modi was closely involved in the creation of his figure and has professed himself delighted with the final results, declaring that the Madame Tussauds team are “exceptional at what they do”.

General Manager of Madame Tussauds London, Edward Fuller, commented: “We are delighted that Mr Modi was able to see this very figure in India last week, and to  welcome him to Madame Tussauds London today. It’s wonderful that our visitors now have the chance to get up close to this influential leader, who is the source of so much public interest. It’s not every day you get to stand alongside the statesmen and women shaping our world and we think guests will relish the chance to rub shoulders with Mr Modi.”

Mr Modi’s figure is dressed in his signature Kurta in cream with jacket and he is featured in a traditional pose making a namaste gesture.

London’s figure is one of four created of the statesman, with the other three taking up residence at Madame Tussauds attractions in Singapore, Hong Kong and Bangkok. Each figure took a team of talented artists four months and cost £150,000 to create.

Leading Asian community members among those in New Years Honours

Pupil delay in returning to school in January

ABOUT US
Asian Sunday Online, is an online news portal platforming the British Asian community, If you have a story get in touch with us at newsdesk@asiansunday.co.uk