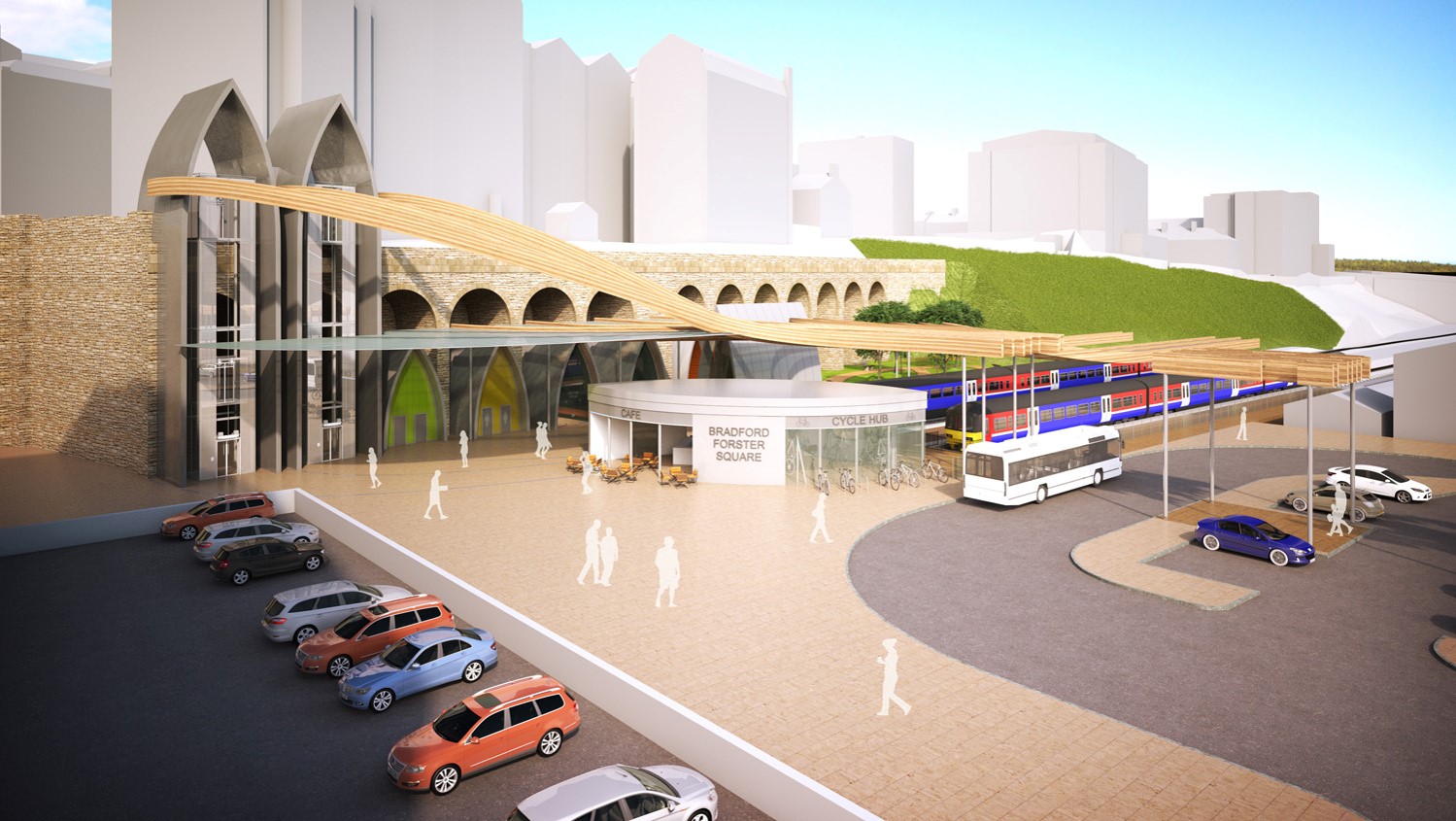 A multi-million pound investment plan for Bradford’s Forster Square railway station is being drawn up by Bradford Council and its partners. The redevelopment could see the number of passengers double in the next 14 years.

Work could start in 2018 by which time the frequency of Virgin trains from Forster Square to London is planned to increase from one per day to one every couple of hours.

Station owner Network Rail will be commissioned to draw up a feasibility study for the scheme which is expected to be completed by 2021.

The estimated £15 million cost of the work will be provided by the West Yorkshire Combined Authority’s (WYCA) £1 billion West Yorkshire Plus Transport Fund.

The aim of the Bradford Station Gateways project is to provide a high quality, safe, welcoming environment for commuters and visitors to Bradford, and to improve connections between the station and the city centre.

This will include new passenger lifts to street level, toilets, shops, a cycle hub, and better pedestrian links to the surrounding area, including the new Broadway shopping centre, which is five minutes’ walk away.

There are also plans to improve the surrounding area with better commuting links for other forms of transport, the creation of public spaces and even a wild-flower area on presently disused scrub land.

Forster Square is the fifth most used railway station in West Yorkshire with around two million people using it at present. With the redevelopment, an increase to 4.26 million is estimated by 2040.

Coun Val Slater, Bradford Council’s Deputy Leader, said: “This is really good news for Bradford rail passengers. The overall project seeks to create a high quality railway station which can contribute to the wider regeneration of the city.

“It will see the creation of a modern, attractive station building with increased facilities for passengers. We are really keen for this project to be delivered as soon as we can but it involves a lot of preparations which take time.

“We want to provide a fitting gateway to one of the biggest cities in the country.”

Coun Keith Wakefield, Chair of West Yorkshire Combined Authority’s Transport Committee said: “The Forster Square Gateway scheme is an important project that will improve transport facilities and the journey experience for people travelling to and from Bradford and create a new, welcoming gateway to the city for tourists and commuters.

“It will also support growth and job creation by improving links to The Broadway and the city centre and by complementing plans for new leisure facilities close to the Forster Square.”

Bradford Forster Square gateway is one of over 30 schemes being developed through West Yorkshire Combined Authority’s £1bn, 20-year Transport Fund Programme, forecast to create up to 20,000 jobs across the City Region.

As well as Forster Square there are also plans in the longer term to redevelop the Interchange railway station in Bradford.