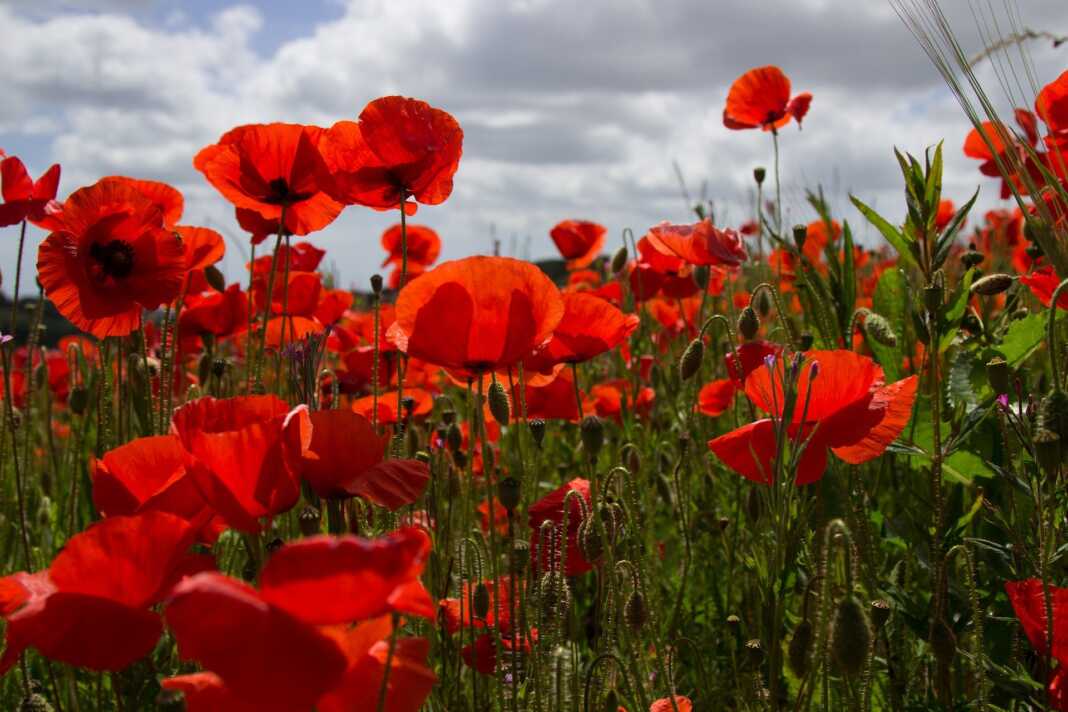 Many remember the British troops that gave their lives and rightly so. But many forget that soldiers from the commonwealth were also called upon to serve.

Families across Bradford and Kirklees are being urged to fall silent at 11am to remember members of the South Asian Community who served.

During the great war, Hindus contribution amounted to around 50 per cent of the Armed Forces. Around 800,000 Hindus, 400,000 Muslims and 100,000 Sikhs fought in the war for freedom. Of the 1.5 million volunteers of the Indian Military who were deployed for duty, more than 827,000 were involved in the theatre of war. More than 74,000 lost their lives and 67,000 were wounded. 13,000 soldiers received Medals for gallantry and 7 Indian soldiers were decorated with the Victoria Cross.

There are numerous memorials across the world in existence to commemorate these personnel who gave their lives – the Chattri on the South Downs near Brighton is well associated with 53 Hindu and Sikh soldiers whose last rites were conducted in accordance with their faith. A memorial service is held there every year to commemorate their collective sacrifice.

The role that the Commonwealth played in the liberation of the United Kingdom was unmeasurable and we should emphasise the contribution and bring together Indians, Pakistanis and Bangladeshis in harmony in the shared remembrance of their forefathers.

Many South Asian children living in the UK do not know that their own ancestors from the World Wars participated in the freedom struggle.

Major Naveed Muhammad MBE and Former Chair of Armed Forces Muslim Association said it is important that all minority communities are remembered for their contributions to the war effort.

“At a time where anxiety and fear are heightened, let us remember how our ancestors of diverse backgrounds and faiths from across the Commonwealth have fought for Britain and continue to do so today.  Today, 11 November, is Armistice Day and like many other commemorations and events that the country has celebrated alternatively due to Coronavirus restrictions, we should not forget the sacrifice. Over 400,000 Muslims fought in WW1 and are still an integral part of the Armed Forces today. Britain is a diverse and multi-cultural nation, and we should all be proud of it. Let us continue to strengthen relationships between communities across the country regardless of any differences, thank our key workers and serving personnel for keeping us safe. We honour and value you.”

The Lord Mayor of Bradford Cllr Doreen Lee said the occasion is important to remember all that served:

“We are extremely proud of our Armed Forces past and present and this year’s Remembrance Day and Armistice Day will of course by commemorated but in a different way to usual.  We are hoping to hold a service that can be viewed online for Remembrance Sunday and a video on Armistice Day. We will safely, remember all those who sacrificed so much. Please pay your respects at home and do not come into the city centre.”

Leader of Bradford Council Cllr Susan Hinchcliffe, said:  “Remembrance Day is a hugely significant part of our civic calendar.  It’s very sad that it can’t happen this year.  However, the safety of our veterans and residents is our number one priority and at this time we are asking people to remember at home. We know that COVID-19 has impacted a number of events and celebrations this year but we will continue to work with the local Armed Forces community and Royal British Legion to ensure everyone can reflect and remember.”

Kirklees is also hosting events, so we can pay our respects and Councillor Shabir Pandor, Leader of Kirklees Council, said:

“Remembrance Sunday and Armistice Day are two of the most significant days in our diary every year and this will always be the case. There is nothing more powerful than when we all come together each year to make sure our heroes are not forgotten and that we remember the sacrifices they made for the freedoms we all have today. However, we are not in normal times, and whilst paying our respects is just as important as ever, sadly this year we have to do this differently to protect people and to prevent the spread of COVID-19 – particularly as rates are continuing to increase. That’s why we’ve organised an online service so that even in these unprecedented times, our heroes are remembered.”

The Mayor of Kirklees, Councillor Mumtaz Hussain: “I urge everyone to join me online in our service for all on Armistice Day as the nation falls silent. Remember those who have given so much for us all but remember we are still fighting a pandemic so do all you can to stay safe and remember from home.”

Marking the day and the importance of the Asian Community the Head of Remembrance at the Royal British Legion, Catherine Davies said:

“On Armistice Day, The Royal British Legion is inviting the public to remember and recognise all those who served and sacrificed in defence of our freedom from the UK and across the Commonwealth. Awareness of the service and sacrifice of Asian troops during the Second World War is growing, but more still needs to be done to teach and commemorate this contribution.

“This year we marked the 75th anniversary of Victory in Europe and Victory in Japan, remembering over 6 million men and women from across the Commonwealth who came to Britain’s aide. The main Commonwealth force, the Fourteenth Army, was a collaboration of ethnicities, religions, languages and cultures that came together to unite against a common enemy in Burma. Not only did they play a crucial role in winning the war, they were also instrumental in shaping the Britain we live in today. It’s hugely important that this service is commemorated in the multi-ethnic society we share today.

“Whether it be standing on your doorstep during the Two Minute Silence or displaying a poppy in your window, the Legion is calling on people from all communities in the UK to unite in show of support for our Armed Forces on Armistice Day.”

The Hundred – Cricket but not as we know it!

PM announces enquiry into cronyism at the heart of government