Baroness Sayeeda Warsi, along with senior police figures responsible for serious crime in Bradford and Ramzan Mohayuddin of the Saad Foundation, paid a visit to the iGene’s Bradford Digital Autopsy facility yesterday, to review the potential of Digital Autopsy technology for forensic science and the preservation of evidence in criminal cases.

Bradford deputy council leader Imran Hussain welcomed Baroness Warsi to the city and and took the opportunity to discuss with her the real benefits of this technology and how it needs to be available nationally. Cllr Hussain Said “I’m very proud that Bradford will be one of the first places in the country to have these digital scanning facilities. It will be good news for all bereaved families. As a young lawyer I had to attend a post-mortem and I found it shocking and disturbing and I was determined to find out if there was another way, a better way of doing them. I have campaigned for many years for this pioneering technology and I believe non-invasive procedures are the future for post mortems.”

The Saad Foundation had organised the event and invited Baroness Warsi to Bradford. During the visit, the Baroness was shown how a specially-trained pathologist can then conduct a full post mortem on a computer without the need to dissect the body. She said “iGene’s Digital Autopsy technology offers tremendous potential, not only for families who are seeking to understand how their loved one died and for this to be done quickly and without the need for cutting of the body, but also for police and other authorities who can use it to assist in their investigations.”

The Bradford centre is operated by iGene and is part of the multi-million pound UK-wide network of Digital Autopsy facilities that is transforming the way post mortems are carried out.

Read the full story in this weekend’s edition. 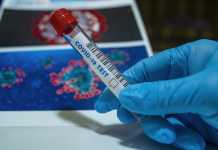 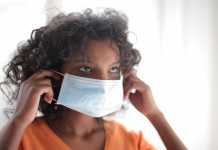 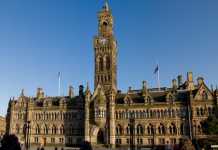