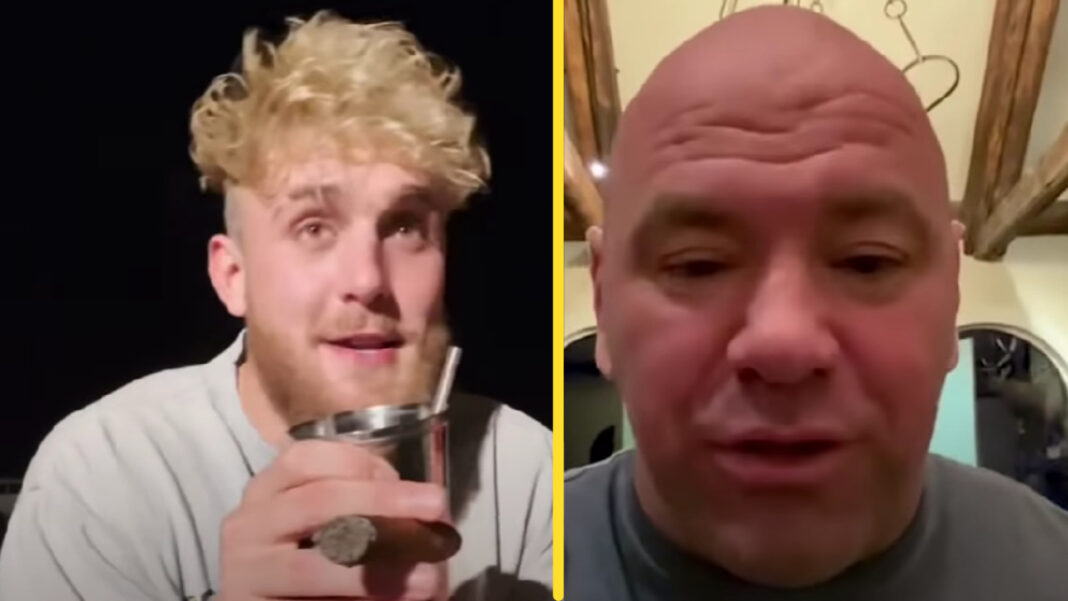 Jake Paul and the president of the UFC, Dana White have had a war of words over the weekend. Their rivalry stems deep to years ago when Jake Paul expressed how Dana White was not paying his fighters adequate money.

Dana White hasn’t really taken much notice, but it seems things have now boiled over as videos have emerged of both Jake Paul and Dana White at each other’s throats.

Jake Paul, known to millions as a digital content creator came on the boxing scene quite recently after fighting a couple of names to build up his name. The star has over 20 million subscribers on YouTube alone with millions of followers on Twitter and Instagram.

Jake began his journey in boxing after fighting Deji, the younger brother of well-known superstar KSI. Currently, Jake is undefeated in all his fights with a recent knockout of former 5-time UFC world champion, Tyron Woodley.

The scheduled bout was supposed to take place between Jake Paul and Tommy Fury but after Tommy injured himself in training he had to pull out. Tyron ended up stepping in and fighting Paul to redeem his loss against Paul but failed to do that after getting knocked out.

After beating Tyron Woodley and Ben Askren, both who fought in the UFC, Jake has expressed Dana should accept his demands and let him fight in the UFC for a 1-fight deal.

Jake has the following demands:

“You have 5 days to accept and to implement the above by March 31, 2022. Once implemented I will immediately retire from boxing, enter USADA and agree to a 1 fight deal with UFC to fight weak chin Jorge.

“To all UFC fighters – time to take a stand and create value for yourselves and peers. You deserve higher pay – you deserve long term healthcare and above all you deserve freedom. Support each other. I am not your enemy – I am your advocate… who selfishly wants to KO a few of you to make some big bank”.

You might be wondering and surprised what all this means or devastated at the fee people are getting for literally putting their lives at risk, but these are only claims by Jake Paul at the moment.

Dana White expressed previously how Jake Paul was taking steroids which is why Jake has explained he is willing to get an anti-doping test from USADA to show he is genuine and not taking any performance enhancing drugs.

What are your thoughts about this whole incident? Do you think Jake Paul is serious about joining the UFC and will Dana White accept his challenge? Jake has explained Dana White has till the end of the week to accept the offer.

Is Amir Khan really focused on Kell Brook in their upcoming fight in February?

Have you considered a role in the NHS? An eye opening...